Baxterbear was TREEKLED to make a difference for It’s Good 2 Give, by joining their team who climbed up Mount Kilimanjaro. Lynne McNicoll, co-founder of It’s Good 2 Give, was kind enough to take Baxterbear with her. She reached 4800 metres but the team made sure that Baxterbear reached the summit and took him the rest of the way. Baxterbear would like to thank Lynne for her kindness. Mount Kilimanjaro is the highest mountain in Africa, standing at 5895 metres. It is located on the border of Kenya and Tanzania. Baxterbear was reminded of the happy times he spent living in Africa earlier in his life. 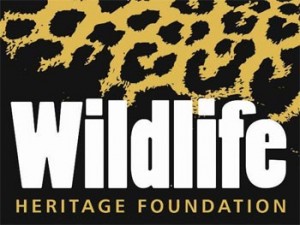 Baxterbear was TREEKLED to revisit the Wildlife Heritage Foundation as he enjoyed his first visit in the summer so much!

Some more cats had the chance to meet Baxterbear this time round. Baxterbear is TREEKLED whenever he meets the big cats. He lived in India and Africa for many years and it reminds him of the happy times that he spent there.

Baxterbear was TREEKLED to spend the afternoon at Edinburgh Napier University! He visited their Merchiston campus and was shown around by fourth year journalism student George Ward, who very kindly took photos of Baxterbear’s visit. Baxterbear had flown in to Edinburgh for the Big Curry, after making a difference helping Noah’s Ark Children’s Hospice in London. He had an afternoon to spare the next day and wanted to visit Edinburgh Napier. Edinburgh Napier has over 5000 international students from over 100 nations, and Baxterbear has been all over the world too. He lived in Africa and spent a lot of time in Asia too. He started the day chilling out at Napier’s new reception.

Baxterbear then went to the library. He was TREEKLED to find World of Baxterbear in one of the study areas – he did find it a bit difficult to type though!

He was TREEKLED to find an atlas in the library. Baxterbear loves learning about the world!

Then, it was onto the Jack Kilby Computing Centre – but on the way there, something caught Baxterbear’s eye!

Baxterbear was amazed at how many computers were in the Kilby, and was TREEKLED with his day out at Edinburgh Napier University.

Baxterbear was TREEKLED to be making a difference at an event in aid of ABF The Soldiers’ Charity today. Over 200 people packed into the Ballroom at the Assembly Rooms, Edinburgh, for The Big Curry and Baxterbear was TREEKLED to be invited to attend. Baxterbear met friends old and new, including his friend Major Charles Dunphie. He loves music and was TREEKLED to meet the buglers that welcomed the guests to the Big Curry. Baxterbear remembers flying in for New Year for the Hogmanay Ball at the Assembly Rooms, organised by Stephanie Taylor of the Sunday Brunch Club, in aid of It’s Good 2 Give.

Baxterbear rushed into Angus Gordon to be groomed for his appearance at the Assembly Rooms in Edinburgh later on in the day. Rachael is an up and coming stylist at Angus Gordon and was happy for an early start to help out with getting Baxterbear blow-dried and groomed for his lunchtime appointment at the Assembly Rooms, George Street. Baxterbear was TREEKLED that Rachael stepped in as Angus was extremely busy.

Baxterbear was TREEKLED with his haircut, and had a great time with Rachael and Antonia at Angus Gordon.

The Royal Brunei staff were so welcoming to Baxterbear. They even stopped for a photo with him once they had landed at the Bandar Seri Begawan International Airport! His flight to Brunei reminded Baxterbear of the time he spent in Asia earlier in his life. Baxterbear was with a reconnaissance pilot during World War II and flying is his favourite way of travelling!

Brunei is a small country on the island of Borneo in Asia. Surrounded by Malaysia, the country has a population of less than 500 thousand people and Baxterbear cannot wait to meet some new friends in Brunei!

Royal Brunei Airlines fly to fourteen destinations across Asia, Australia and Europe and have been recognised for their service with the ‘Best Foreign Airline’ award at the Sabah Tourism Awards.
https://baxterbear.com/wp-content/uploads/2013/10/brunei-main-005.jpg 260 640 Baxterbear https://baxterbear.com/wp-content/uploads/2018/01/baxterbear-new-logo.png Baxterbear2013-10-16 13:57:462013-10-25 20:32:13Baxterbear flies with Royal Brunei

Baxterbear is looking forward to the next Noah’s Ark Children’s Hospice event. He will be TREEKLED to be making a difference once again.

Scroll to top
This site uses cookies: Find out more.